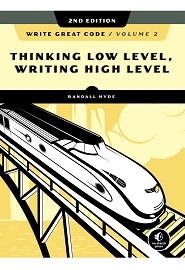 NEW TO THIS EDITION, COVERAGE OF:

With an understanding of how compilers work, you’ll be able to write source code that they can translate into elegant machine code. That understanding starts right here, with Write Great Code, Volume 2: Thinking Low-Level, Writing High-Level.