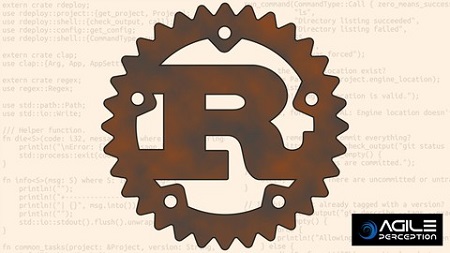 Rust for the daily practitioner

Join Nathan Stocks for a fast-paced, entertaining, curiously-informative, hands-on even deeper dive into the Rust programming language. This is the second course in the Ultimate Rust series following the Ultimate Rust Crash Course. If you like that course, you’ll love this one!

This is a hands-on course! Not only are there targeted exercise for each topic discussed, there are also a series of project scenarios that walk you through using what you’ve learned to put together playable game prototypes that work on macOS, Linux, and Windows! These projects will make use of Rusty Engine, a game engine developed specifically for this course to keep game engine concepts to a minimum so you can focus on using exactly what you learned in this course.

Rust is a systems programming language that eliminates entire classes of bugs and security vulnerabilities, has zero-cost abstractions like C and C++, is fun to program in, and lets systems programmers have nice things. No wonder Rust is gaining traction in spaces as diverse as game engines, high-performance computing, embedded devices, and web programming! Learn how to write high-performance code without the worry of crashes or security vulnerabilities. Join a vibrant community of developers where diversity, inclusion, and just plain being nice are all first-class objectives.