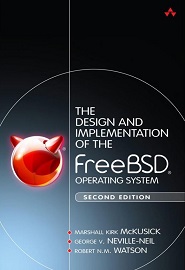 The most complete, authoritative technical guide to the FreeBSD kernel’s internal structure has now been extensively updated to cover all major improvements between Versions 5 and 11. Approximately one-third of this edition’s content is completely new, and another one-third has been extensively rewritten. Three long-time FreeBSD project leaders begin with a concise overview of the FreeBSD kernel’s current design and implementation. Next, they cover the FreeBSD kernel from the system-call level down–from the interface to the kernel to the hardware. Explaining key design decisions, they detail the concepts, data structures, and algorithms used in implementing each significant system facility, including process management, security, virtual memory, the I/O system, filesystems, socket IPC, and networking. This Second Edition
Download from free file storage