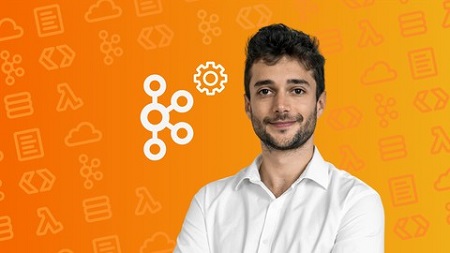 Attention all struggling System Administrators, Architects or even Developers! Here is course on how to set up and deploy Apache Kafka in Cluster mode.

Do you want to learn how to setup a Kafka Cluster on multiple servers and stop struggling with it?

Do you want to understand all the steps to perform a Kafka setup and Kafka Deployment in Production?

Have you been trying endlessly to deploy a Kafka Cluster, but haven’t had any luck?

If you have answered YES, then you are at the right place.

Learn from Stephane Maarek, the Best-Selling Instructor on Udemy in Apache Kafka and Big Data!

This course is designed for System Administrators, Architects and Developers. It includes a step by step guide for installing a ZooKeeper Quorum and a Kafka Cluster. Hands-on training on Kafka Administration is also provided.

This course has Amazon Web Services for our cloud environment, which is used by many companies around the world. AWS Knowledge is a pre-requisite.

In this course, we will cover what ZooKeeper is, its architecture, its role in Apache Kafka, and the setup, installation and configuration on multiple machines!

This course reveals exactly how your Kafka Cluster on multiple machines should be setup and configured. We will start with understanding the Kafka basics, cluster size and the configuration. We will also have a hands-on learning on AWS Setup, Single Broker Setup, Multi Broker Setup, Testing the Cluster, Kafka Manager (Cluster Management), Demonstrating Kafka Resiliency etc. We will enlighten you on Kafka Performance with respect to I/Os, Network, RAM, CPU, OS (Operating System) etc. You will have hands on learning on how to run Kafka in Production on AWS, how to change a Kafka Broker Configuration and we will also cover the Advanced Kafka Configurations.

Section 1 – Course Introduction: In this section, we will have introduction to the course. We will talk about what are the course pre-requisites, course objectives, who are the targeted students for this course. You will also have course material for download in this section!

After taking this course, you will become proficient in deploying Kafka in production! You will know all the required setups and installations and Kafka production settings and will be able to set-up Kafka in cluster mode in your own environment!