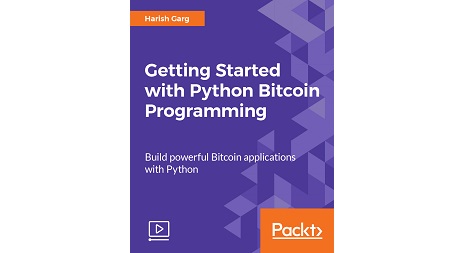 Build powerful Bitcoin applications with Python Simplified Python programming for Bitcoin and Blockchain Everybody in tech has heard of Bitcoin — the powerful cryptocurrency that’s changing the face of online payments. But with so much hype and so many new concepts, it’s hard to know where to begin. This friendly video course will cut through the complexity, and show you how to build Bitcoin-driven applications with Python. First, you will be shown how programming in Bitcoin and Blockchain is done using Python. Packed with clear instructions and practical examples, you’ll discover how to write Python code that works with the world-changing cryptocurrency. Then you will see how to earn Bitcoins programmatically by building your very own Bitcoin trading bot. you’ll be able to build software that mines Bitcoin, accepts Bitcoin payments, and works with Blockchain technology to create distributed ledgers. By the end of the course, you will also be able to carry out Bitcoin Data Analysis using Python. What You Will Learn
+ Table of Contents