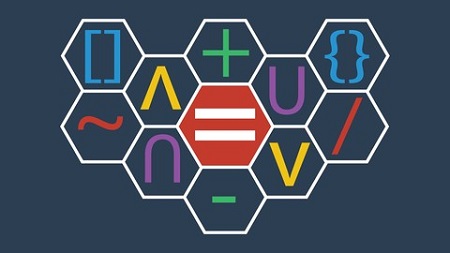 Discrete Mathematics (DM), or Discrete Math is the backbone of Mathematics and Computer Science. DM is the study of topics that are discrete rather than continuous, for that, the course is a MUST for any Math or CS student. The topics that are covered in this course are the most essential ones, those that will touch every Math and Science student at some point in their education. The goal of this course is to build the mathematical foundation for computer science courses such as data structures, algorithms, relational and database theory, and for mathematics courses such as linear and abstract algebra, combinatorics, probability, logic and set theory, and number theory.

Discrete Mathematics gives students the ability to understand Math language and based on that, the course is divided into the following sections:

I know visually seeing a problem getting solved is the easiest and the most direct way for a student to learn so I designed the course keeping this in mind. The materials are delivered through videos to make complex subjects easy to comprehend. More details on certain lessons are delivered through text files to provide more explanations or examples. The course is taught in plain English, away from cloudy, complicated mathematical jargon, to help the student learn the material rather than getting stuck on fancy words.