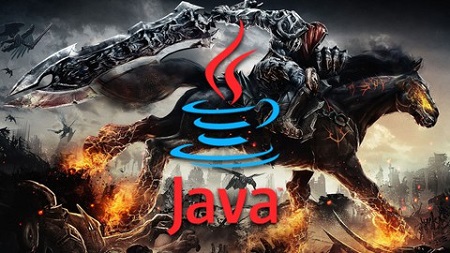 Develop Java games from scratch: From Beginner to Expert

Learn JAVA by developing fun games from scratch. This course is for everyone who has desire to learn JAVA. The game complexity increases with every section and you will be able to rise your knowledge throughout the course.

You will develop amazing games and you will see how JAVA works moving things on screen and objects interaction. You will also create and import pictures used in the games and get familiar with creating randomly movable enemies, animating the game characters and playing music while playing the game.

Learn how to create video games using Java, which is one of the leading free to use software development tool. You will start from the basics so you need no prior experience in Java or programming! With our lectures, you’ll be surprised what you can achieve right from the first moment you start the course.

Go on to build several games including:

The course is project oriented as this is the best way to learn Java. Instead of just learning the coding concepts, you will be applying them instantly to real world games. All of the source code will be included in the end of each section, so you will never struggle to complete a lecture.

Here is how you will be thought how to build Java games.

You will Java Object Oriented Programming concepts and be able to apply them for your own projects. Once you complete the course you will become an advanced game developer and feel comfortable to create games from scratch.