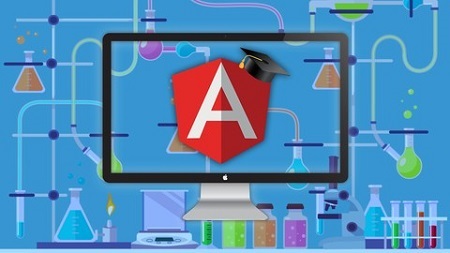 Would You Like to Build Your Own Open Source Library?
Probably all of us developers have thought at some point in time to build our own library and contribute to the overall open source community. The goal of this course is to give you all the tools necessary for you to be able to do your own open source Angular Library.

We will build a series of small open source libraries of progressively increasing difficulty, and we will learn a large number of Angular advanced features in a very fun and practical way.

What Is The Best Way To Learn Advanced Angular Features?
The best way to learn Angular and its most advanced features is to simply take and use it to build something very concrete, like for example an application or a library – and do it in a step-by-step way, as there is no replacement for that experience.

In order to understand a technology, we really need to build something non-trivial with it – blog posts and docs will only get us so far.

This is of course very time-consuming to do without any help because we will have to learn everything by ourselves along the way as we build something, gluing together an endless number of blog posts, documentation and Stackoverflow answers.

So because of this, in order to really dive deep into Angular we will be using it to build a series of small reusable libraries. The goal is to create a practice scenario, and learn the advanced features of Angular in their original use cases, where they make the most sense and so are easier to learn.

What Libraries Will We Build In This Course?
We will be building the following libraries, and learn how to publish them on NPM using the Angular Package Format: We will start by doing a Font Awesome customizable Input Box and learn the advantages of designing our components using content projection over a more input/output based design. At this stage we will also introduce the Angular Testing ecosystem.

Then we will progressively increase the difficulty of each library: we will build a dynamic tab container that allows to receive a template as a component input, effectively allowing to override parts of the component template while keeping a default look and feel for the component.

We will then build a reusable dynamic modal component with customizable content. This component have its contents configurable via either content projection or an input template, and will introduce the notion of Structural Directives.

We will also learn how directives and components of a given module can interact in a transparent way, independently of the place where they are used in the template, using a shared library service. We will then build a Input mask directive, where we will cover some advanced keyboard handling behavior.

At the end of the course, we are going to take all the components and directives that we built in previous sections, and we are going to build one larger example using them: A Payment Modal Widget!

We will then introduce the Angular Animations module, and use it to animate the modal widget, we will see how to define animations that can be reused across components.

What Will you Learn In this Course?
We will learn how to create an AOT compatible library in the Angular Package Format, how to define a library module, how to isolate the styles of a component but still make them customizable, how to design components and directives to make them easier to maintain – making them customizable while at the same time giving the components great default behavior.

But more than presenting the features in isolation, we will use them in real use cases which will make the features much easier to learn.

With this advanced course, you will have a rock-solid foundation on Angular: you will very likely be able to tackle the more advanced Angular development tasks that you will come across in your day to day job or personal projects.